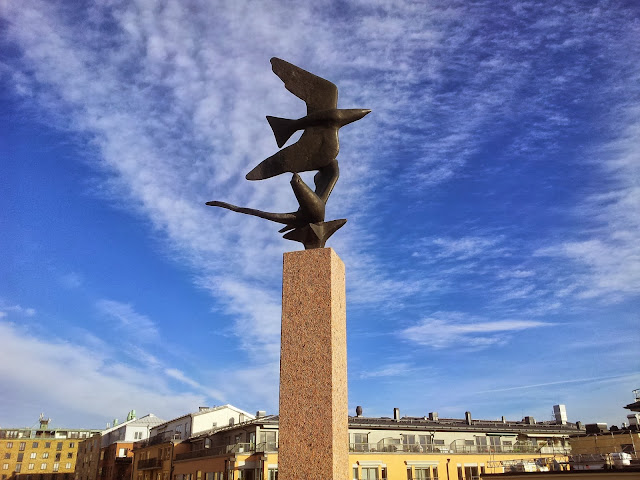 So in the middle of Stockholm there is a building with walls made of exactly the same composition as a Swedish ten kronor coin. This house is Sven-Harrys konstmuseum/Sven-Harry's Art Museum and comparts ordinary apartments. The rent is partly used to sustain the less ordinary museum and an art hall that is spread out on the different floors. At the top, there is a copy of a villa situated on the island Lidingö that contains a fraction of all the art pieces that a building contractor named Sven-Harry has collected. He initiated the project and has by now moved out from the Lidingö villa, but still comes here to use the rooftop house - and so can people that want to have a conference there. 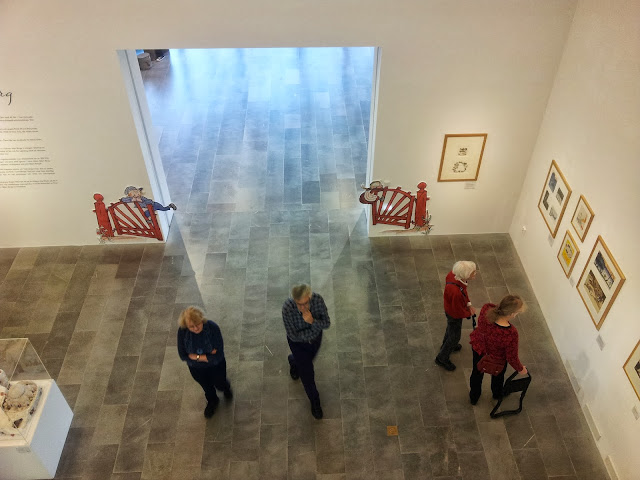 It is not obvious that there is an entire house hidden here somewhere - which is the point. Just as in real life, when one has to ask for directions, the villa is secret until one finds it. On the lower floors, there is currently an exhibition by Björn Berg, very known by most Swedish people, sometimes without them knowing it: he illustrated Astrid Lindgren's children books and worked at Dagens nyheter at a time when illustrations were as important as photographies. 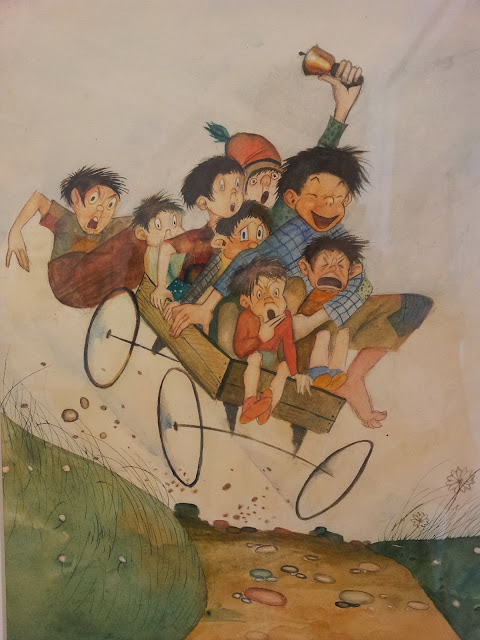 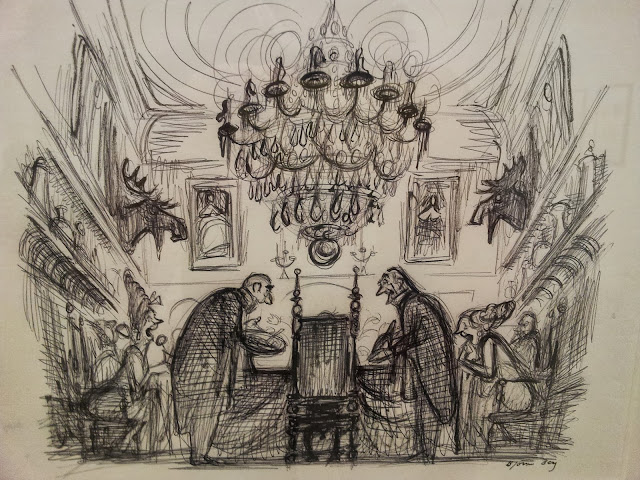 Björn Berg's vivid pen and brushes just makes one happy. I was smiling almost during the entire exhibition. 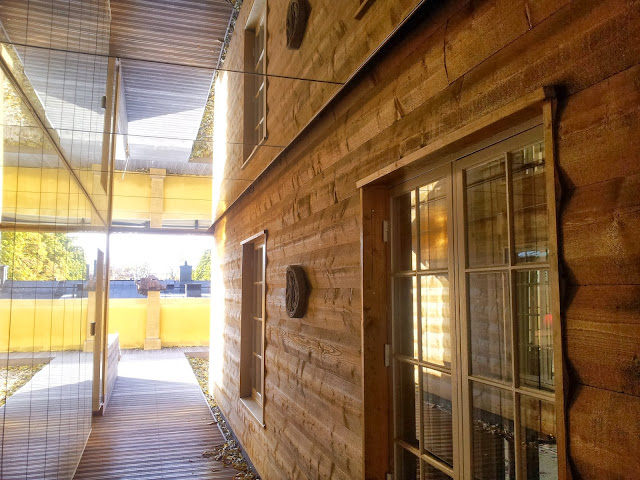 And then there is the secret villa. 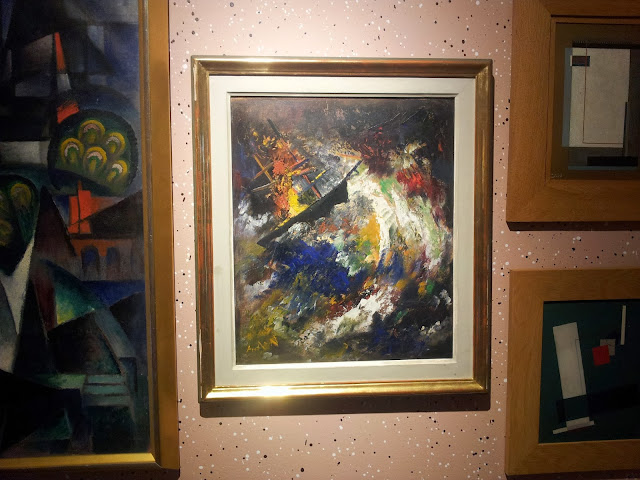 The matching is made differently: by colours, of course, but also - as either Sven-Harry or an acquintance jokingly has said - by painters with a psychological disease (!). 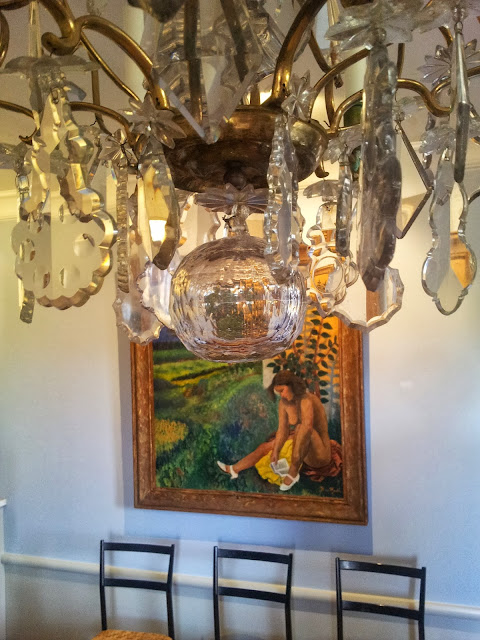 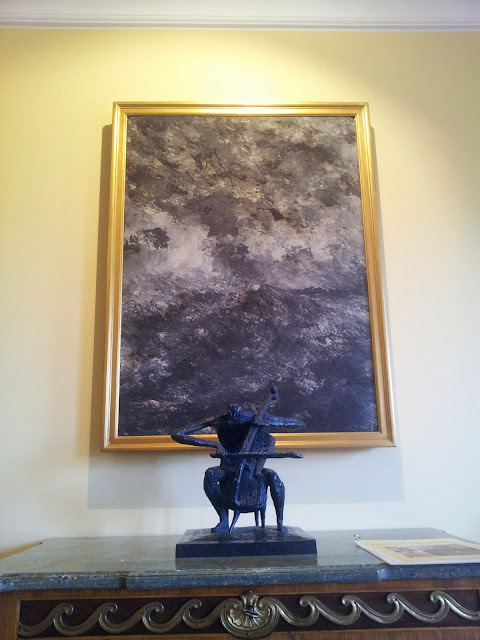 The painting in the background is made by the famous Swedish author August Strindberg. The brown tan on it comes from him burning the painting with a torch. 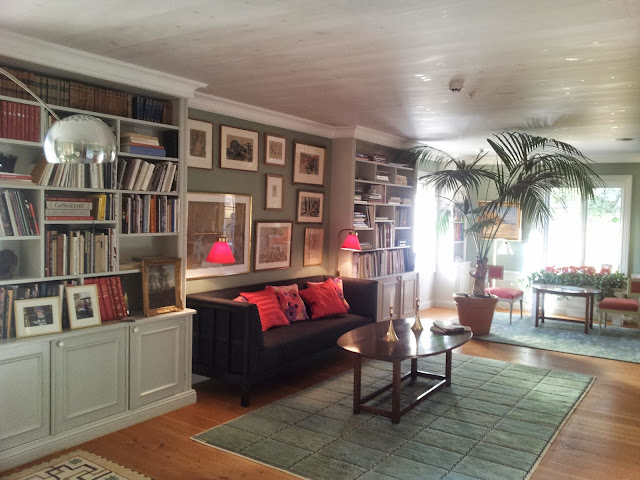 The paintings on this wall are named by Sven-Harry himself, since this painter did not name his works. Interestingly, many visitors have shown an interest in the background - the greenish wall colour - so if one asks, the number of this paint can actually be obtained...and one can bring a piece of this museum to one's own home.
Posted by Jana Hilding at 22:43