Museum Mission: Hagalunds tvätterimuseum or "Go ahead and touch the underwear" 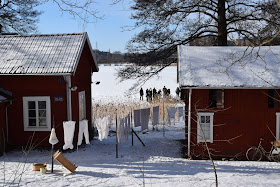 Once in a while, Hagalunds tvätterimuseum - the only laundry museum in Sweden - is open and you can come here to be fascinated by how laundry was done before. 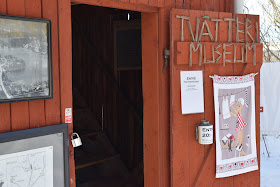 This particular building is from 1905, but the interior exhibition objects have been collected over the years from all of Sweden. 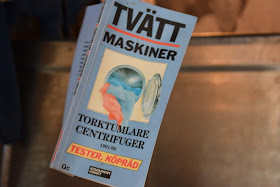 Many take washing machines for granted, but as Hans Rosling said: when his grandmother got one installed, she said she wanted to see the entire program. She sat in front of the machine throughout the whole time. It came to save the family lots and lots of time - as electricity does. 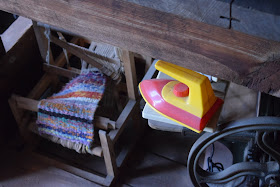 Upstairs, there is quite a collection of various irons. The attic is made with many holes and slits between the planks on purpose: for the laundry to dry. 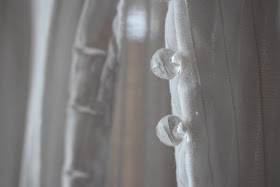 All clothes hanging have belonged to someone. This is cotton that will for sure not wear out after a few washes. I dunno, for comparison, one could say this is Chanel quality and yet better? 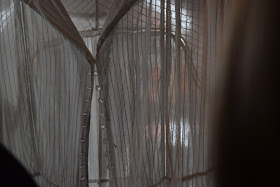 And who cares about fashion; it's volatile anyway. 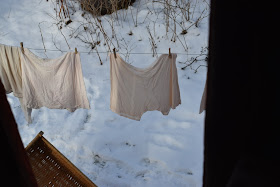 Rarely does laundry act as a signpost, ad and history exponent at the same time - 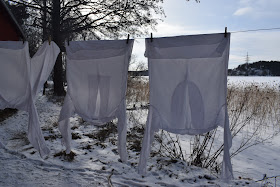 but at this museum, it is possible. 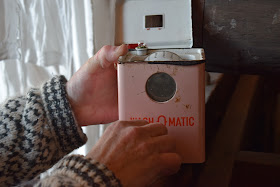 In my wildest dreams!.. A Wash-o-Matic with a lightbulb that serves to wash clothes of DOLLS. 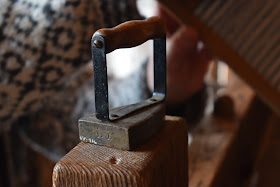 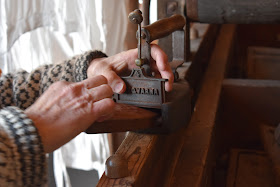 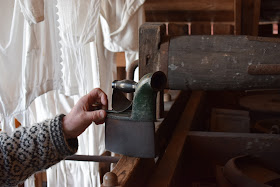 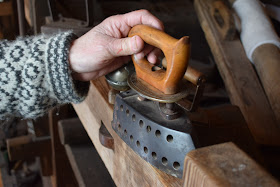 but this - maybe petrol-driven, maybe not - can actually explode in your hands. Don't use unless you are deadly sure how. 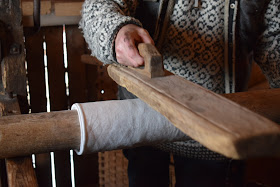 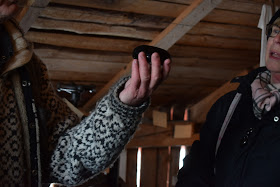 Also safe. From glass or stone. 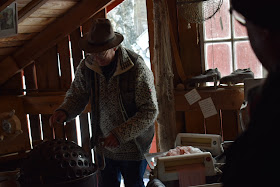 It's a bit dark, but trust me: it looks like R2-D2 and a golf ball at once. Donated from the household of Hjalmar Branting. 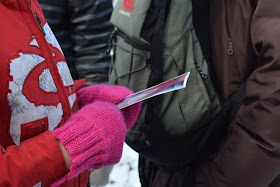 One guy brought two photos along from the Alandic islands: he had found equipment used to make washing easier, something similar to 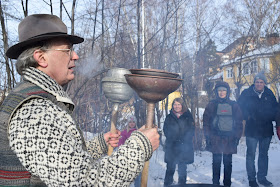 these. And this was one of our guides, Olle Magnusson. 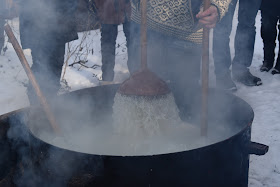 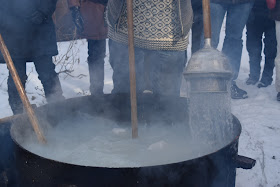 The idea is that you are the engine. 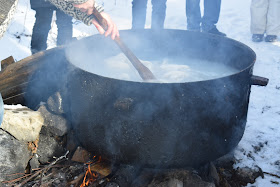 The entire process would usually take a week: going to Stockholm by horse and carriage, pick laundry up, then wash it in ice cold water in the lake and bring it back. To heat this kettle up takes hours. I still smell like I have been camping in front of a fire hours later, and I only spent maybe 20 minutes near the smoke. 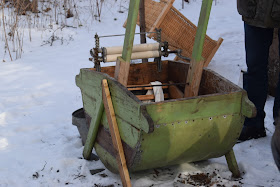 Another rolls-royce at the dawn of the washing machines. 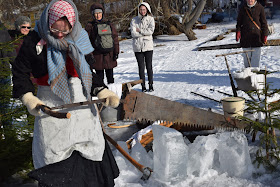 The ice, then, is first cut open with an axe. Yesterday, it was about 20 centimeters thick. 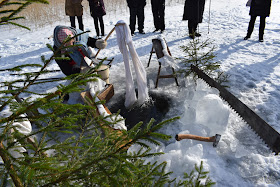 Piece of cake, not. 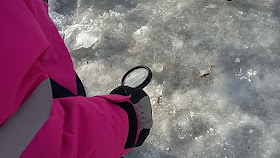 A girl brought a magnifying glass "to look at the fish in the water". Best fishing equipment I have ever seen. 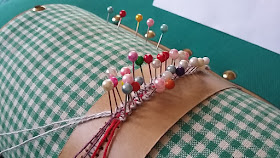 Next doors, we were also offered the possibility to tat (knyppla in Swedish). 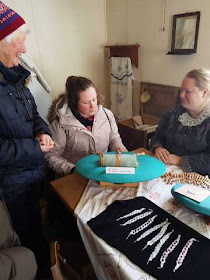 Which of course is easy, when someone else does it. 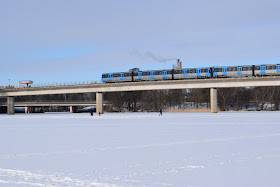 Then, we simply WALKED OVER the frozen lake to another museum. 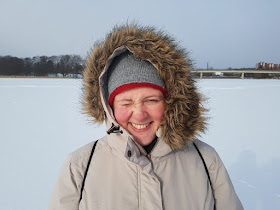