Relay race with books, minus the race

Reading more than one, simultaneously? No problem at all. You talk to more than one friend during a week, right? Hear stories from many people? Then why not follow the same logic with books?

My current selection is: 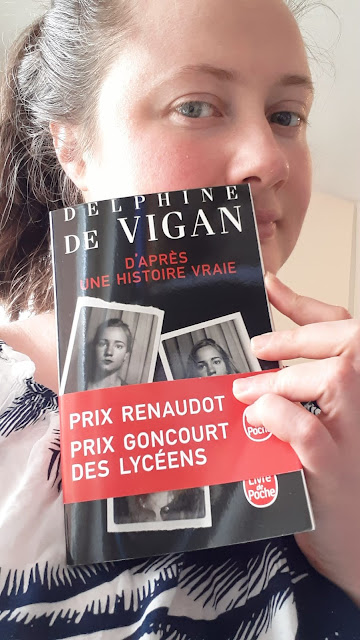 An award winner! I loved Delphine de Vigans language in No et moi, and rely heavily on a similarly pleasant experience in "Based on a true story". 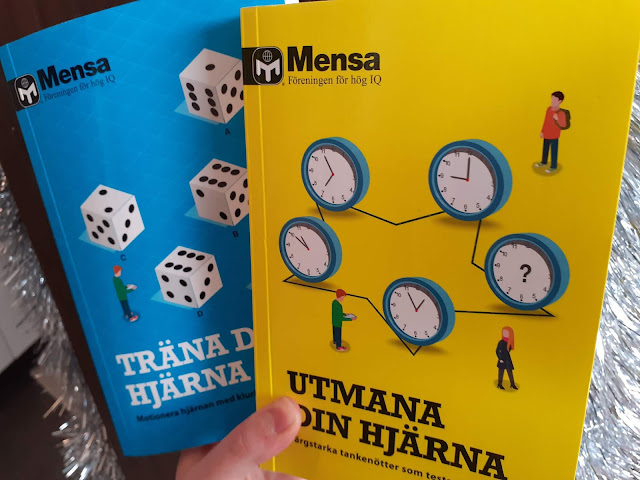 Before breakfast, I had fun with these for two days. So much fun, I finished both (there are like ten exercises left, out of some 122). Felt utterly relaxed, clocked myself and even noted that the key was wrong. (Maybe not the key, but if they want me to pay attention to details, the printing of an image has to be particularly exact, come on. Don't leave out the shadows.) Both are puzzle books for adults. Folding cubes and stuff, matching pieces of broken plates ("circles"), adding number and dots to each other. 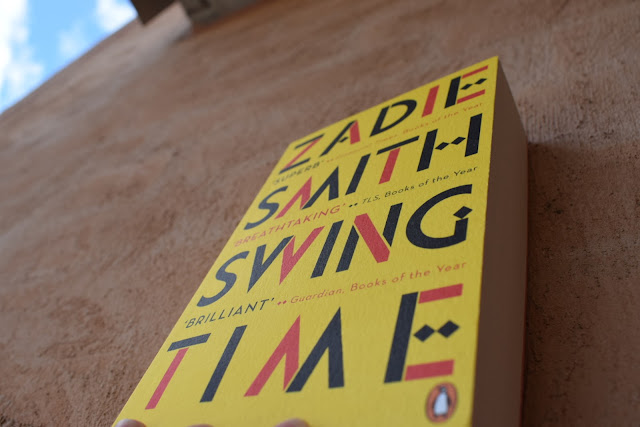 "Zadie Smith is very scrupulous about every sentence", explained the man at the bookshop. "One can tell."
Yes, the spiders make webs to hold together the corners is one of the many nice metaphor-like descriptions, and the book feels very London. Not a big fan yet, though. Actually, I might give it up altogether: not my style at all. I will consider.

Posted by Jana Hilding at 22:20 No comments:

Email ThisBlogThis!Share to TwitterShare to FacebookShare to Pinterest
Labels: Books

The glacial movement has reported to be moving 3,34 mm to south-west, grinding off more rock. (See our new app, AgileIce, for the latest glacial movement calculations.) Researchers predict new mining opportunities in ear –7,000, and as of recent, are now speculating about possible land rise after a temperature increasement. This means that what today is at the bottom of some oceans and lakes, can eventually become soil and tall rocks.

For comments, send your mail pigeons to the tall building next to the big lake in Sigtuna.

New riots are predicted after Cro-Magnons having made angru cave paintings after the late arrival from other Cro-Magnons from the Sinai peninsula.

Posted by Jana Hilding at 20:40 No comments:

Email ThisBlogThis!Share to TwitterShare to FacebookShare to Pinterest
Labels: ha-ha, Thoughts and Reflections 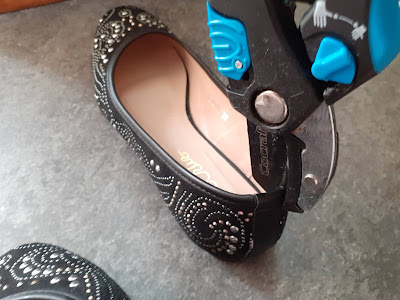 Goes like this: CUT the shoe. At the most discrete places and evenly if there is more than one cut – look at my choice. 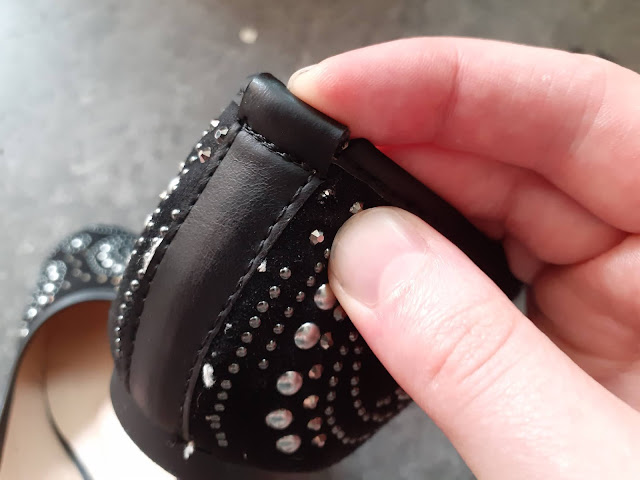 Hardly noticeable, but 1000% more in accordance with your foot's perimeter. 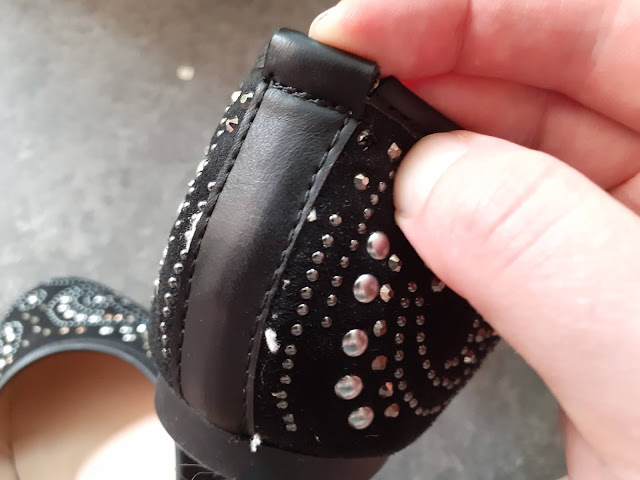 Should hold and not tear. From above: as if nothing happened! 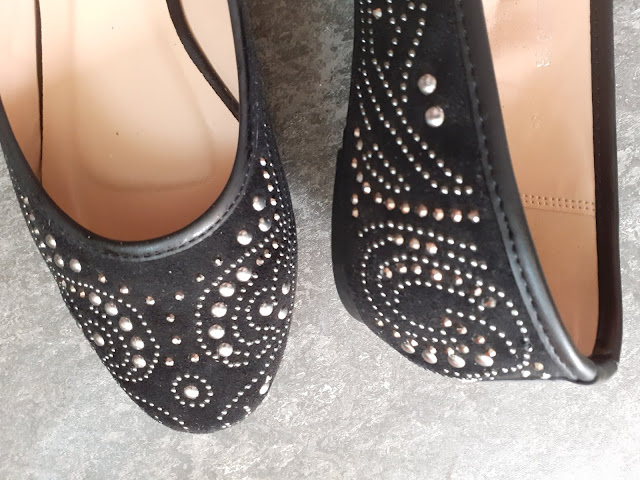 In general, at first glance: look at all the bling! Second hand – site says I just saved 2,300 liters of water. 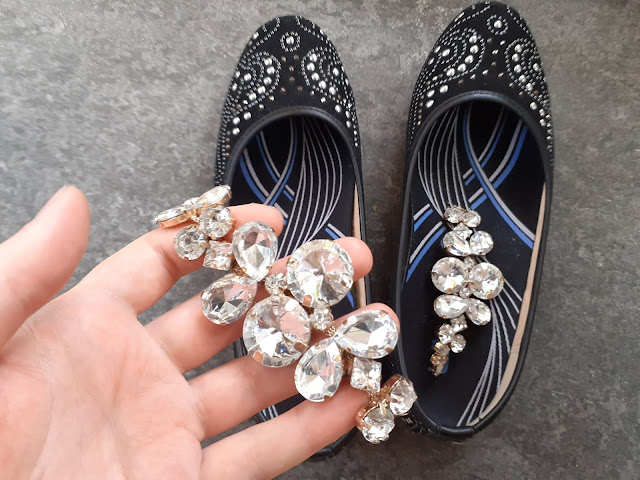 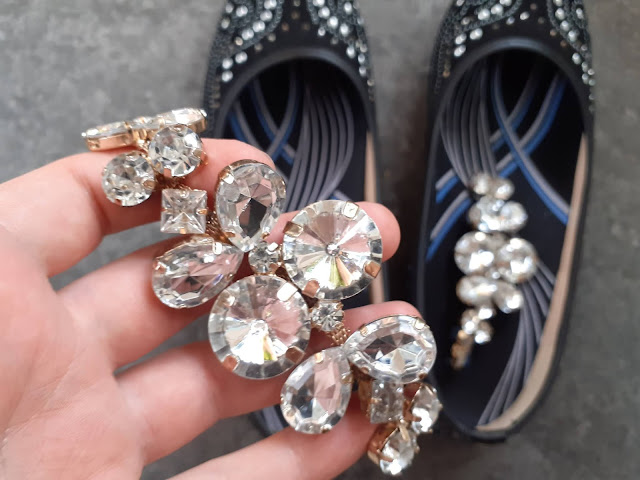 Email ThisBlogThis!Share to TwitterShare to FacebookShare to Pinterest
Labels: Good To Know, My Bling-Bling&Raiment 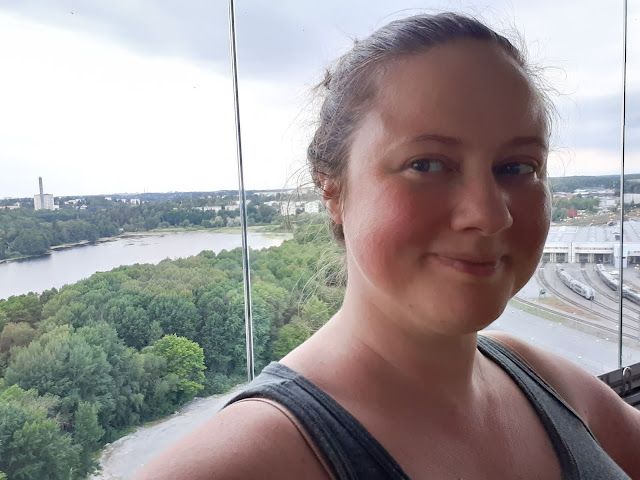 Meanwhile, I have had an interesting experience involving opening a door with an app only, no key. 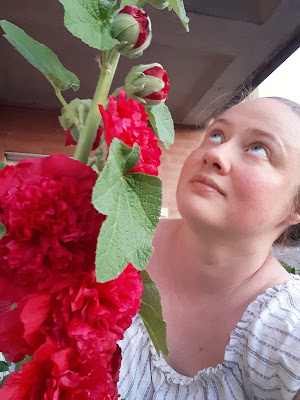 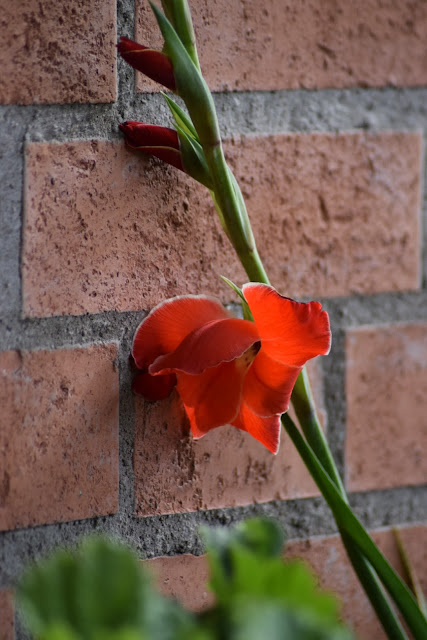 Some of my balcony flowers FINALLY got in full swing. 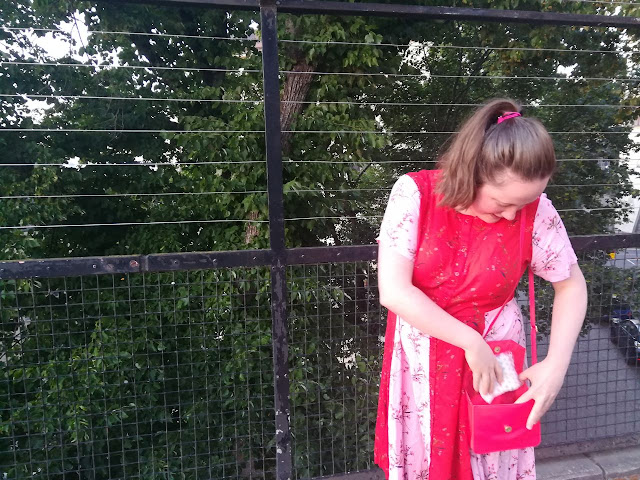 Went to a viewpoint I have never been to before, mastercooked çevapçiçi for the first time, on occasions read several books per day and looked for scholarships. More about that maybe later. 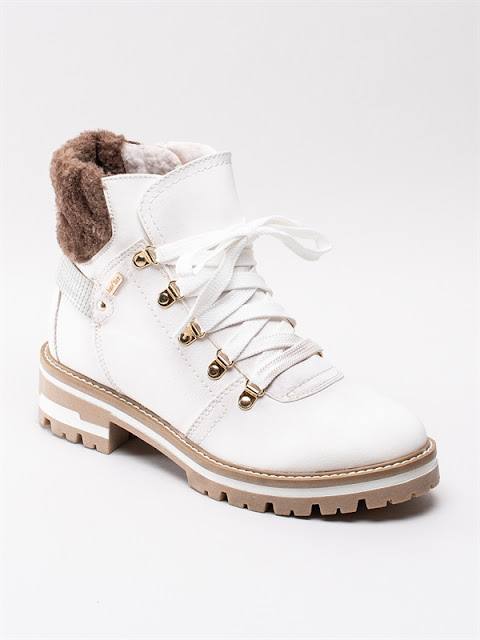 Found this beauty – a Jana shoe. Literally. The brand carries my name, 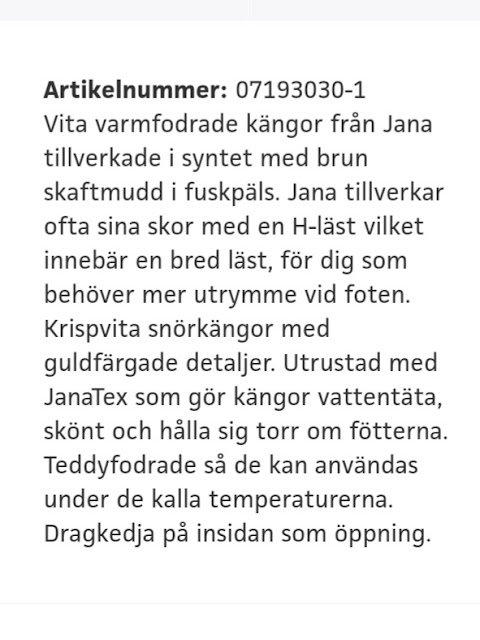 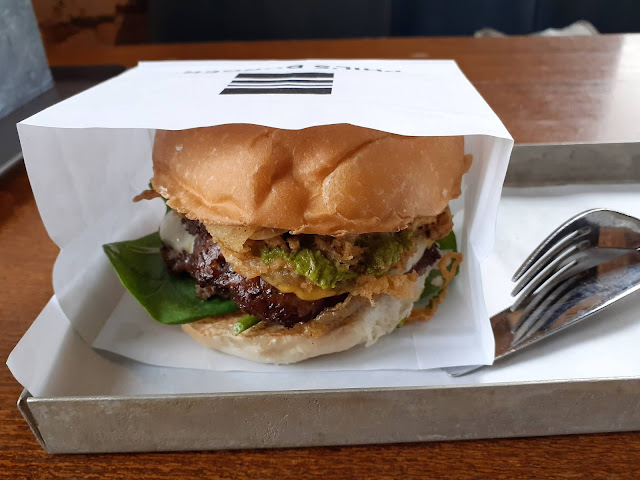 Had a "summer burger" served in a paper house/shelter. 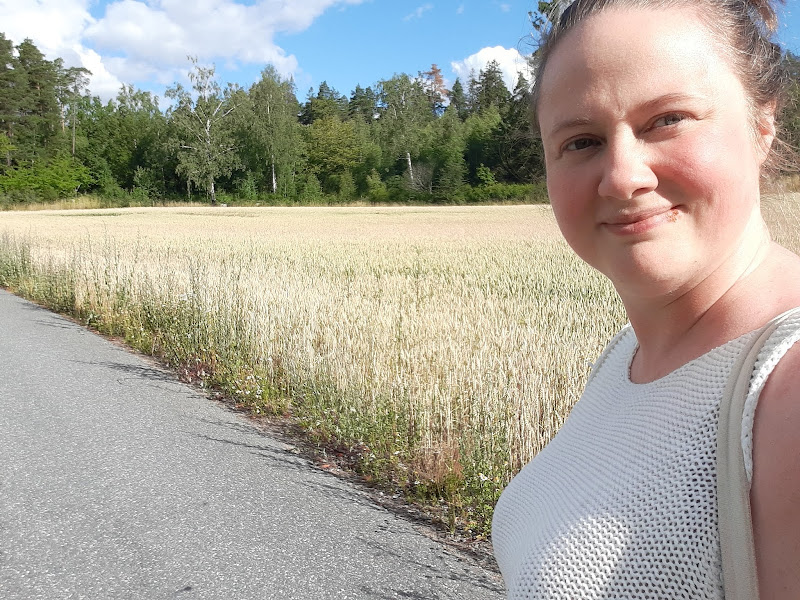 Revealed to a colleague that I carry no makeup – which usually needs a clarification, "I don't even own a mascara". Only then it's possible to grasp, after the gasp. 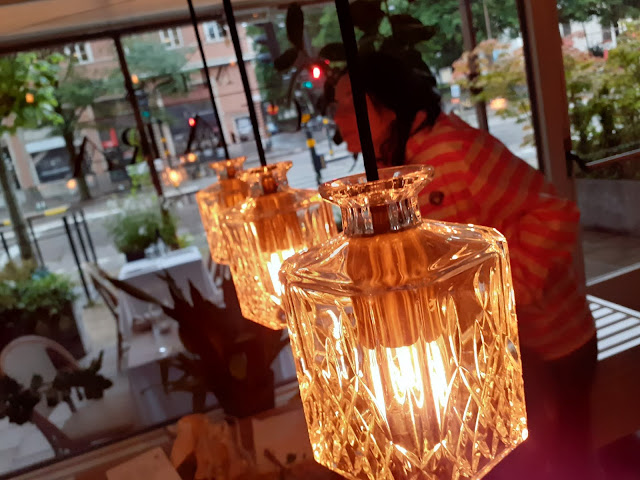 After the cats and dogs rain, two of three of us dripping wet, we had a nice pizza dinner at a temporary restaurant.
Posted by Jana Hilding at 19:22 No comments: 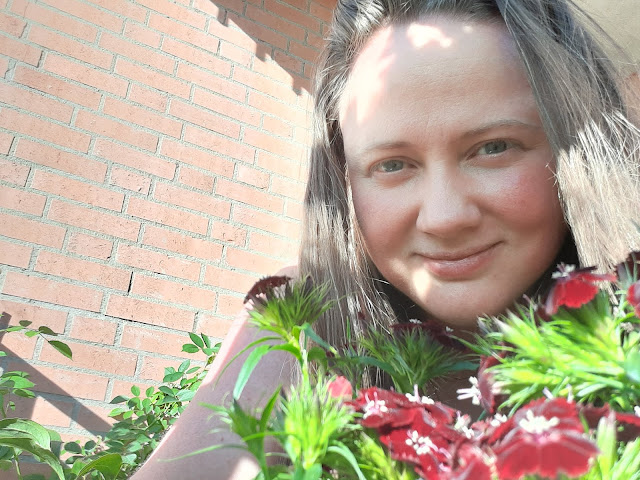 Blogging is a means of expression, an art form, could be compared with a comics series and a magazine simultaneously. I enjoy it very much, but need to do some other things for some time – so see you again in August! Can't wait :)
Posted by Jana Hilding at 08:25 No comments:

Email ThisBlogThis!Share to TwitterShare to FacebookShare to Pinterest
Labels: This blog

I was responsible of cooking a soup when visiting Ilo's family. I proudly presented the tastiness and attributed it to simplicity and the right ingredients:

"I've only added salt and pepper."

"And when you weren't looking, I added some smoked bell pepper."

Me, confident: "But that's it, nothing else!"

Ilo: "And a little bit of garlic powder."

It's like when I was in Wales and had a delicious soup in Cardiff (where they also had meat on swords hanging down from the ceiling), and the staff insisted, after having asked the chef, it ONLY was "salt and pepper" in the wonderful pumpkin soup. It had at least tarragon in it, but the kitchen stuck to the salt and pepper alibi.
Posted by Jana Hilding at 11:46 No comments:

Email ThisBlogThis!Share to TwitterShare to FacebookShare to Pinterest
Labels: Foods

Many afters, many befores: balcony glory 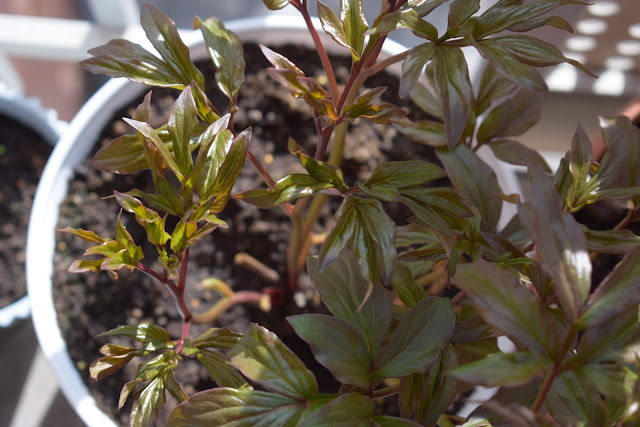 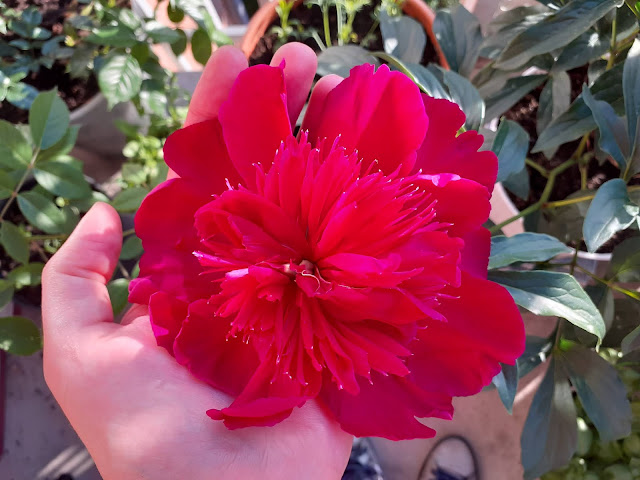 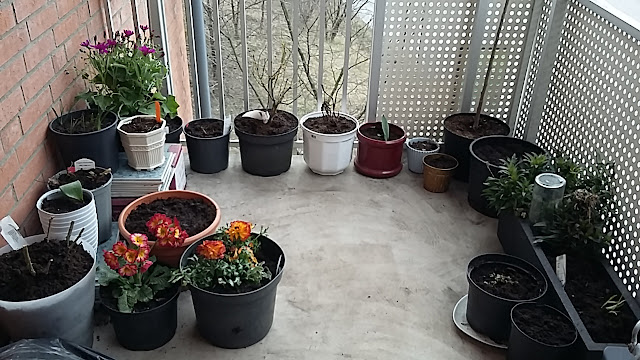 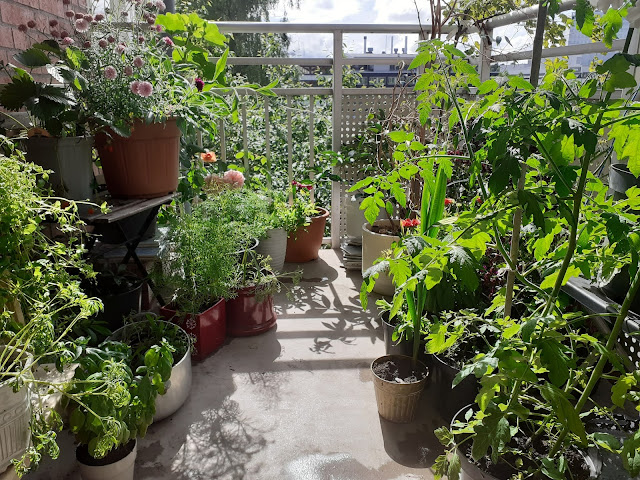 Half (sports terminology), even before blossom fever pitch! 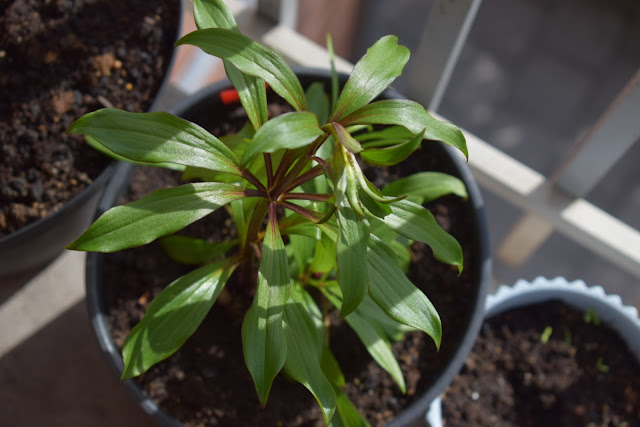 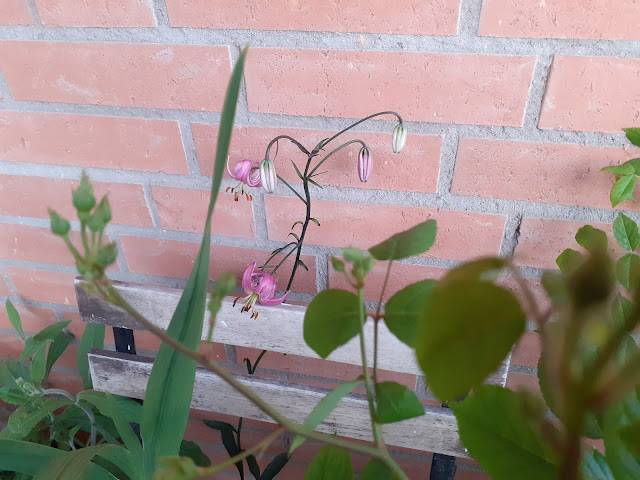 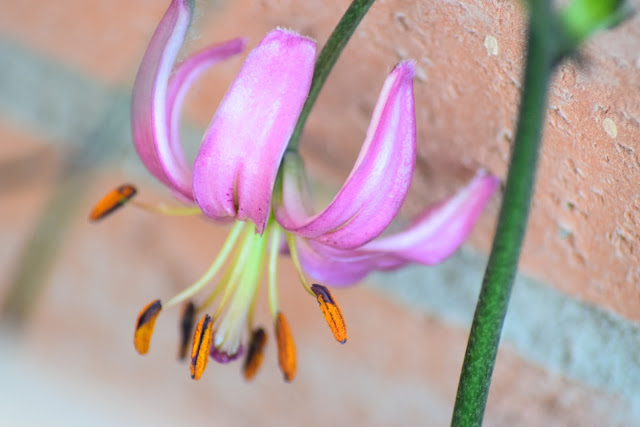 and a closer after. 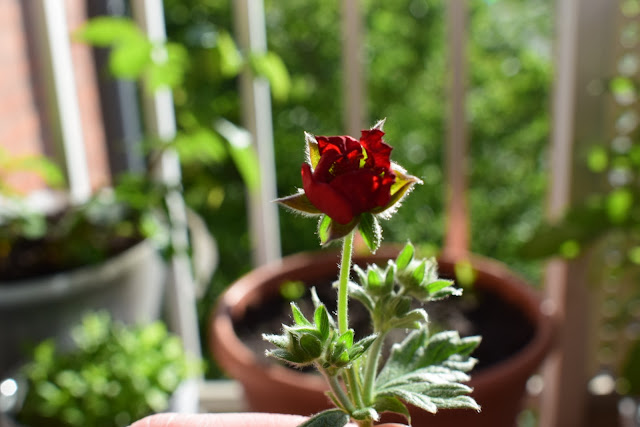 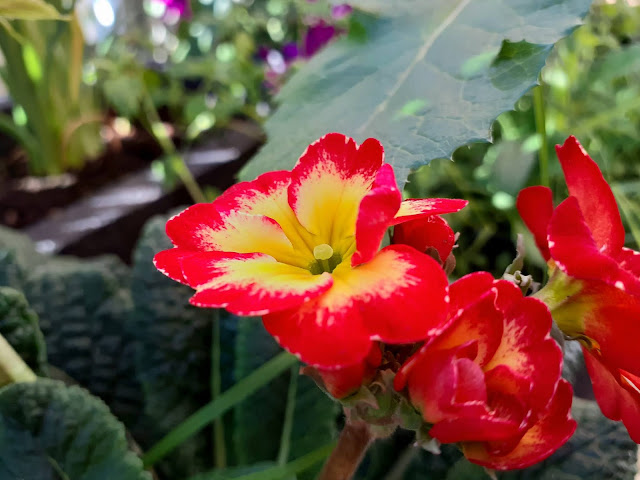 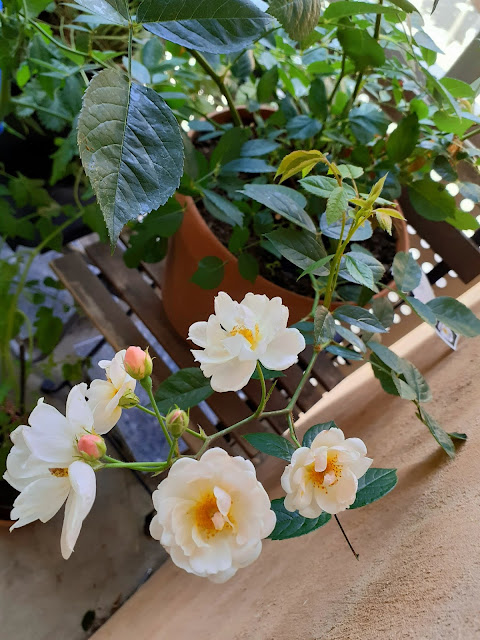 Many afters – a feast for the eye at sunset, sunrise, when it has been raining and when new bud don't cease to come afresh.
Posted by Jana Hilding at 00:16 No comments: